Creating a JavaScript promise from scratch, Part 3: then(), catch(), and finally() 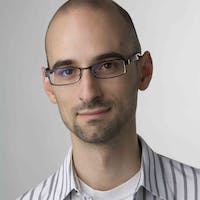 This post originally appeared on the Human Who Codes blog on October 6, 2020.

This post focuses on implementing then(), catch(), and finally() according to ECMA-262. This functionality is surprisingly involved and relies on a lot of helper classes and utilities to get things working correctly. However, once you master a few basic concepts, the implementations are relatively straightforward.

As a reminder, this series is based on my promise library, Pledge. You can view and download all of the source code from GitHub.

The then() method on promises accepts two arguments: a fulfillment handler and a rejection handler. The term handler is used to describe a function that is called in reaction to a change in the internal state of a promise, so a fulfillment handler is called when a promise is fulfilled and a rejection handler is called when a promise is rejected. Each of the two arguments may be set as undefined to allow you to set one or the other without requiring both.

The steps taken when then() is called depends on the state of the promise:

Additionally, regardless of the promise state, then() always returns another promise, which is why you can chain promises together like this:

In this example, promise.then() adds a fulfillment handler that outputs the resolution value and then returns another number based on that value. The second then() call is actually on a second promise that is resolved using the return value from the preceding fulfillment handler. It's this behavior that makes implementing then() one of the more complicated aspects of promises, and that's why there are a small group of helper classes necessary to implement the functionality properly.

The specification defines a PromiseCapability record[1] as having the following internal-only properties:

Effectively, a PromiseCapability record consists of a promise object and the resolve and reject functions that change its internal state. You can think of this as a helper object that allows easier access to changing a promise's state.

In this example, the Pledge constructor is passed to PledgeCapability to create a new instance of Pledge and extract its resolve and reject functions. This turns out to be important because you don't know the class to use when creating the return value for then() until runtime.

The well-known symbol Symbol.species isn't well understood by JavaScript developers but is important to understand in the context of promises. Whenever a method on an object must return an instance of the same class, the specification defines a static Symbol.species getter on the class. This is true for many JavaScript classes including arrays, where methods like slice() and concat() return arrays, and it's also true for promises, where methods like then() and catch() return another promise. This is important because if you subclass Promise, you probably want then() to return an instance of your subclass and not an instance of Promise.

The specification defines the default value for Symbol.species to be this for all built-in classes, so the Pledge class implements this property as follows:

Keep in mind that because the Symbol.species getter is static, this is actually a reference to Pledge (you can try it for yourself accessing Pledge[Symbol.species]). However, because this is evaluated at runtime, it would have a different value for a subclass, such as this:

Using this code, SuperPledge[Symbol.species] evaluates to SuperPledge. Because this is evaluated at runtime, it automatically references the class constructor that is in use. That's exactly why the specification defines Symbol.species this way: it's a convenience for developers as using the same constructor for method return values is the common case.

Now that you have a good understanding of Symbol.species, it's time to move on implementing then().

Implementing the then() method

The then() method itself is fairly short because it delegates most of the work to a function called PerformPromiseThen(). Here's how the specification defines then()[3]:

And here's how I coded up that algorithm:

The first thing to note is that I didn't define a variable to store this as the algorithm specifies. That's because it's redundant in JavaScript when you can access this directly. After that, the rest of the method is a direct translation into JavaScript. The species constructor is stored in C and a new PledgeCapability is created from that. Then, all of the information is passed to performPledgeThen() to do the real work.

The performPledgeThen() function is one of the longer functions in the Pledge library and implements the algorithm for PerformPromiseThen() in the specification. The algorithm is a little difficult to understand, but it begins with these steps:

Here's what that code looks like in the Pledge library:

The fulfillReaction and rejectReaction objects are always created event when onFulfilled and onRejected are undefined. These objects store all of the information necessary to execute a handler. (Keep in mind that only one of these reactions will ever be used. Either the pledge is fulfilled so fulfillReaction is used or the pledge is rejected so rejectReaction is used. That's why it's safe to pass the same resultCapability to both even though it contains only one instance of Pledge.)

The PledgeReaction class is the JavaScript equivalent of the PromiseReaction record in the specification and is declared like this:

The next steps in PerformPromiseThen() are all based on the state of the promise:

And after that, there are two more steps:

Here's the finished performPledgeThen() that implements these steps:

This code begins by extracting all of the information from the reaction that was passed in. The function is a little bit long because both capability and handler can be undefined, so there are fallback behaviors in each of those cases.

The PledgeReactionJob class also uses the concept of a completion record[5]. In most of the code, I was able to avoid needing to reference completion records directly, but in this code it was necessary to better match the algorithm in the specification. A completion record is nothing more than a record of how an operation's control flow concluded. There are four completion types:

These completion records tell the JavaScript engine how (or whether) to continue running code. For creating PledgeReactionJob, I only needed normal and throw completions, so I declared them as follows:

When a promise transitions from unsettled to settled, it triggers the stored reactions to execute (fulfill reactions if the promise is fulfilled and reject reactions when the promise is rejected). The specification defines this operation as TriggerPromiseReaction()[6], and it's one of the easier algorithms to implement. The entire algorithm is basically iterating over a list (array in JavaScript) of reactions and then creating and queueing a new PromiseReactionJob for each one. Here's how I implemented it as triggerPledgeReactions():

The most important part is to pass in the correct reactions argument, which is why this is function is called in two places: fulfillPledge() and rejectPledge() (discussed in part 1 of this series). For both functions, triggering reactions is the last step. Here's the code for that:

After this addition, Pledge objects will properly trigger stored fulfillment and rejection handlers whenever the handlers are added prior to the pledge resolving. Note that both fulfillPledge() and rejectPledge() remove all reactions from the Pledge object in the process of changing the object's state and triggering the reactions.

If you always wondered if the catch() method was just a shorthand for then(), then you are correct. All catch() does is call then() with an undefined first argument and the onRejected handler as the second argument:

So yes, catch() is really just a convenience method. The finally() method, however, is more involved.

Similarly, if a promise is rejected, the the promise returned from finally() will also be rejected, as in this example:

With a good understanding of finally() works, it's time to implement it.

The first few steps of finally()[7] are the same as with then(), which is to assert that this is a promise and to retrieve the species constructor:

The next step is to define the values for thenFinally and catchFinally if onFinally is callable. Each of these functions is defined in the specification as a sequence of steps to perform in order to pass on the settlement state and value from the first promise to the returned promise. The steps for thenFinally are a bit difficult to decipher in the specification[8] but are really straight forward when you see the code:

Essentially, the thenFinally value is a function that accepts the fulfilled value of the promise and then:

After that, references to C and onFinally are stored on the function, but as noted in the code, these aren't necessary for the JavaScript implementation. In the specification, this is the way that the thenFinally functions gets access to both C and onFinally. In JavaScript, I'm using a closure to get access to those values.

The steps to create catchFinally[9] are similar, but the end result is a function that throws a reason:

You might be wondering why the catchFinally function is calling pledge.then(thrower) instead of pledge.catch(thrower). This is the way the specification defines this step to take place, and it really doesn't matter whether you use then() or catch() because a handler that throws a value will always trigger a rejected promise.

With this completed finally() method, you can now see that when onFinally is callable, the method creates a thenFinally function that resolves to the same value as the original function and a catchFinally function that throws any reason it receives. These two functions are then passed to then() so that both fulfillment and rejection are handled in a way that mirrors the settled state of the original promise.

This post covered the internals of then(), catch(), and finally(), with then() containing most of the functionality of interest while catch() and finally() each delegate to then(). Handling promise reactions is, without a doubt, the most complicated part of the promises specification. You should now have a good understanding that all reactions are executed asynchronously as jobs (microtasks) regardless of promise state. This understanding really is key to a good overall understanding of how promises work and when you should expect various handlers to be executed.

In the next post in this series, I'll cover creating settled promises with Promise.resolve() and Promise.reject().

All of this code is available in the Pledge on GitHub. I hope you'll download it and try it out to get a better understanding of promises.